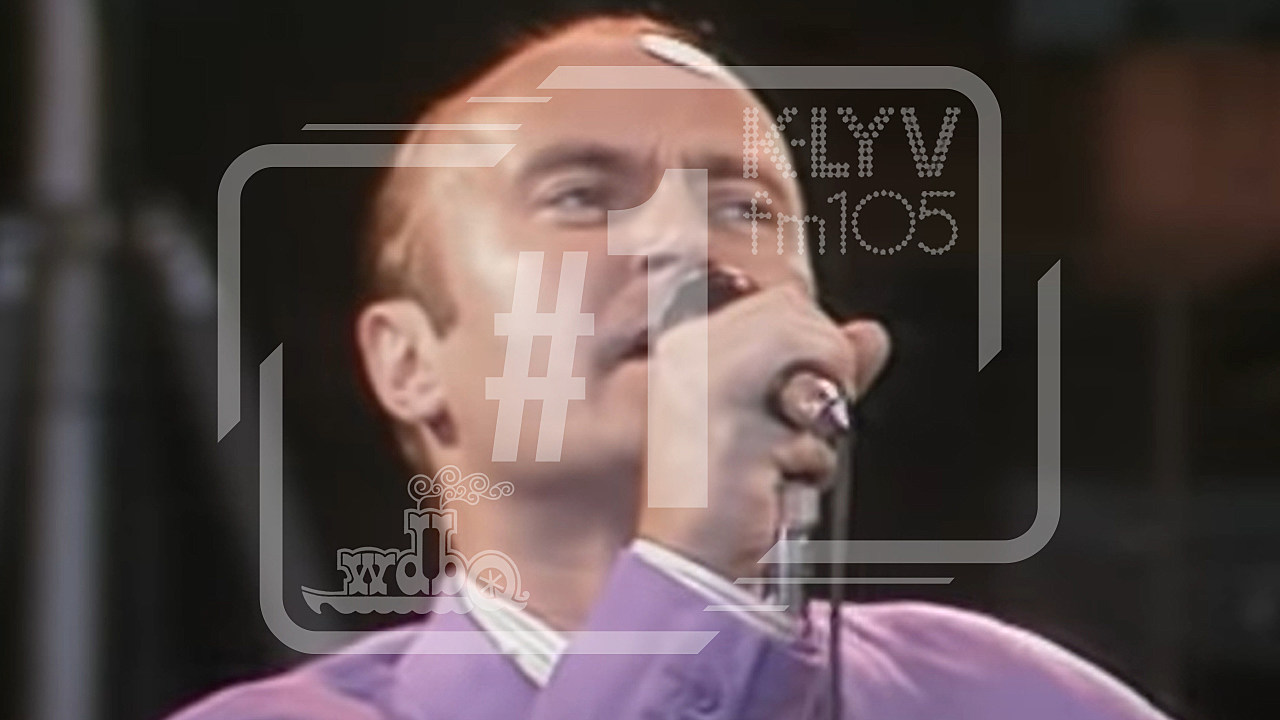 Know what’s awesome about being in the same building as the two big top 40 stations of the ’70s, ’80s and more?  You happen upon some pretty cool stuff…and recently, we stumbled across a huge collection of WDBQ and K-Live 105 music surveys that counted down the biggest hits in the area every week.  Instead of just geeking out on them ourselves, we thought we’d share them with you!  So here’s the top 5 songs from May 4, 1984:

5. Deniece Williams/”Let’s Hear It For The Boy”
Don’t lie: you totally forgot this is from the “Footloose” soundtrack.

4. Thompson Twins/”Hold Me Now”
None of them are named Thompson and they’re not twins.  Hell, there’s three of them.  No wonder they have to demand to be held.

3. Lionel Richie/”Hello”
Don’t pretend you’re not jealous of that bust.

2. The Cars/”You Might Think”
Seriously, that video was weird.  I wonder if they ever got rid of that fly.

1. Phil Collins/”Against All Odds (Take A Look At Me Now)”
The second soundtrack song on today’s chart, Phil originally wrote the song as “Against The Odds.”  For some reason, the director felt the need to remind our boy the name of the movie was “Against ALL Odds,” and made him change it.

Hope you dug today’s Tri-State Throwbacks.  Make sure you check back Monday through Friday for a new countdown!

Best of the Web

Take five minutes to complete a brief survey for a chance at $500!

It appears that you already have an account created within our VIP network of sites on . To keep your personal information safe, we need to verify that it's really you. To activate your account, please confirm your password. When you have confirmed your password, you will be able to log in through Facebook on both sites.

It appears that you already have an account on this site associated with . To connect your existing account just click on the account activation button below. You will maintain your existing VIP profile. After you do this, you will be able to always log in to http://myq1075.com using your original account information.

Please fill out the information below to help us provide you a better experience.

WDBQ-FM brought to you by:

WDBQ-FM brought to you by:

Sign up to have news and information about your community delivered to your email.
WDBQ-FM brought to you by: